Here at the Book Stewards, we’re big fans of independent presses, and one of the indies we hold in very high esteem is Valley Press, run by the inspirational Jamie McGarry. Recently, Jamie was kind (and patient) enough to answer a load of our nosy questions, so we can all share his wisdom… 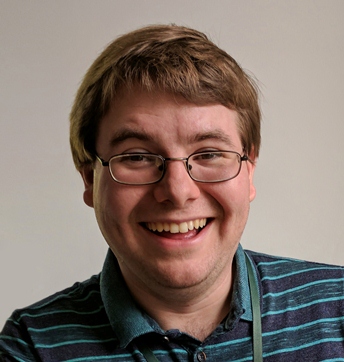 Nope! I didn’t realise ‘managing an independent press’ was something a regular person could do until after I’d actually done it for several years, ridiculous as that sounds. I feel like awareness of this career path, even amongst the microscopic segment of the population who are actively interested in literature and entrepreneurship, is close to zero. It is quite the niche! But some progress has been made in the last ten years.

As for ‘why’, I’ve found a great deal of joy and satisfaction in making books ever since I was six years old – a lot of people do that sort of thing at six, of course, but I stuck with it. I have books I produced aged 8, 10, 12, 14, 16, 18; usually I wrote the words and drew the pictures too, but the act of arranging the content into book form was always the most fascinating part to me. It’s pretty much a vocation in that sense.

In my current role, I also have all the autonomy and flexibility anyone could ask for, which is fantastic of course. I choose the projects (or sign off on the choices, at least); I choose what parts of the projects I personally work on; I choose when I work on them … and in what order, because I set the deadlines too! You can’t put a price on those benefits.

That motivation didn’t actually appear until I started open submissions, and I saw just how many people write, how passionately they go about it, and how few of them are actually time-wasters. I am a lot more accepting than your average indie publisher when it comes to the ‘slush pile’… those I speak to usually agree that in a pile of 500, only 5 manuscripts will be suitable for publication; but to my eyes it’s the other way round. 495 will deserve publication somewhere, with a respectable cover, the right metadata and international distribution – and in today’s digitally-enabled world, it seems a minor crime for them not to have the chance.

I went through a period recently thinking that, if I was really serious about the ‘big aim’ you mention, I’d be better off educating those 495 people to self-publish effectively… but that’s not quite right. For a start, many of them are not going to be able to afford a professional editor (I do feel that’s one essential bit you can’t do yourself); crowd-funding is hard for a new writer, and if everyone’s only getting their own sales income, you don’t have the benefit of averaging to spread the costs. Plus, they probably wouldn’t share their data – as publisher, I have the benefit of seeing patterns across dozens of titles and capitalising on them.

So self-publishing isn’t the ultimate answer. Building an infrastructure that can adequately service all the serious writers without losing money is the only way forward. It’s going to take a while though; please do keep asking me about it, I need reminding!

Visitors to our ‘about’ page in the last few years will be familiar with the below:

Great literature, and great publishing, is for everyone and anyone. We don’t want any reader or writer to feel like an outsider, with their nose pressed against the glass of the ‘literary world’; we promise to never be elitist, smug or exclusive.

There are a few other ‘beliefs’ listed too, but that part is the most important. My personal principles include not taking yourself too seriously, and in that spirit… I was once asked to present a set of awards at my high school’s end of year ceremony (with 500+ in the audience), for students who had ‘contributed to the school’s ethos’. I walked on stage and said, with a straight face, that the ‘ethos’ was a statue we were building in the quadrangle out of matchsticks, and offered all those attending a chance to view the statue and indeed make a contribution themselves once the ceremony was over. (I’ll let your readers decide for themselves how that went down.)

We aim towards books that have some literary merit or weight to them, i.e. that a crusty old literature professor would approve of – but also books that wouldn’t alienate the ‘average person on the street’ with needless obfuscation and complexity. I don’t think this is too much to ask, but I can’t say with a straight face that every book we’ve published has successfully straddled those two audiences.

As described in answer #2, I tend to look at the slush pile and feel like they all deserve a chance – this has got me into a lot of trouble over the years, an unfortunate case of ‘eyes bigger than belly’ syndrome. That’s why I’ve now separated myself almost completely from the submissions process, as you hinted at above. I only see the very final shortlist now, screened by the VP team and our volunteer readers. Pros: time saved, both for me and the submitters. Cons: I don’t get a true sense of what’s really out there anymore.

Tess, the Submissions Coordinator, is the first pair of eyes to look at every sub (and the only person who now looks at every single one). Once a week, she sends the most promising new manuscripts to the readers’ group, which includes almost 100 people… they range from surprisingly big-time publishing executives to my own mother (hi there, if any of you are reading this!) Not everyone replies every week, but they all have the chance to flick through the submissions and offer their thoughts. Anything that gets a strong enough reaction goes through to be considered by the whole VP team, traditionally in a posh hotel with fancy scones. Overall, it can be a case of 1000 scripts narrowed down to 6 – painful, but necessary for the time being. 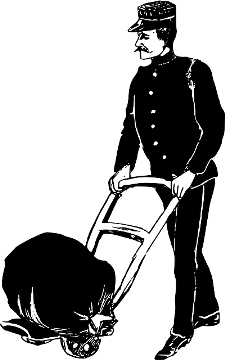 You know, I once had someone come up to my book stall and complain about how I was destroying the planet by producing paper books. ‘There’s no need in the digital age,’ they said. That’s one out of 1000+ people to have visited my bookstall over the years and had that response, and it’s a similar ratio between those who complain about the ‘buy a book’ rule, and those who think it’s a fair means of funding the submissions process. Minority opinions do matter, but it doesn’t mean producing paper books – or asking people to buy them to have their own work read – is controversial.

That’s a fairly modest ambition – but yes, it is essential, of course. That’s your starting point, then aim for the stars. Great article by the way; I’ve read that one before, several times… so rare to see someone from a large publishing house giving away hard figures.

We don’t do imprints – if we get into anything new, it’ll be in the main list along with all the other miscellany!!

But seriously, I’ve read my share of sci-fi (and ploughed my way through Tolkien, Martin etc.) and have no bias against it. We just aren’t sent any. I mean, there might be a handful that have passed me by since I instigated the ‘arms reach’ thing, but I have not read one word of SFF as a formal Valley Press submission thus far. I think if we published one book in that genre, a rush of similar subs would follow: I’ve seen a few graphic novels in the pile since we did our first, and all sorts of translated Chinese literature has arrived since we got into that area.

There are really only two challenges: (a) cash flow, and (b) ensuring every book reaches its full readership. (a) is very difficult indeed, requiring daily attention, and as for (b)… you have to do as much as you can without compromising (a). (See also: question 7.) It’s a constant battle, and can be endlessly frustrating.

So the greatest successes have to be related to those same challenges. The fact I’ve kept Valley Press going for ten years now, in various forms, means I never slipped up too much with (a)… and there are at least a half-dozen titles where I’m confident we reached everyone we should have, with the best product possible, which makes me immensely proud. 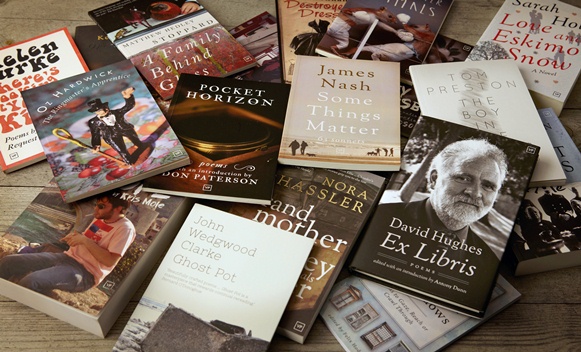 Yes, I have done since January 2011… but back then I was living at home, and could survive on £100 a month! I was able to move out at the end of that year, and nudge my salary slowly up as time went by, until it reached the national average at some point in 2015. Since then, my salary has only gone up with inflation, and I now concentrate on adding to the growing Valley Press team. (I’m lucky that the cost of living is very reasonable in Scarborough, and I don’t have any expensive habits or hobbies.)

Loads, actually. I’ll be putting it out on Twitter or Medium whenever I can find the time. I recently wrote a list of the 30 most important things I’ve learned in my first 30 years of life… but I keep substituting them and changing it!

My last answer reminded me of the best business advice I ever received, which was to grow slowly and organically… add to your overheads in tiny increments, keep everything sustainable. Oh, and my most crucial advice to aspiring publishers would be: don’t set a release date until you’ve finished the book! Will save yourself a world of stress.

The anthology I put together after our first 50 poetry titles, VP50, containing one poem from each, would be a sensible choice. Also, the oldest book on our site, Tenebrae, is a little piece of history – there are only nine copies left, and I absolutely will not be reprinting (as explained on the link). Or, if beautiful objects are your thing, I get the most compliments about the silvery, aquamarine Reward for Winter and luxurious black hardback Ex Libris; which are also great reads of course…

If you’ve read this far, and still think I sound like I know what I’m doing, it’s got to be worth a shot.

I’m big on tea, especially Yorkshire Gold. If you visit the office on a day when two staff are in, and an intern, I’ll be the one making the tea – while they do all the work!

I have never been able to drink a cup of coffee, though I try one every six months or so… I find it revolting; I can’t understand what everyone gets out of the experience. But then, I hated mayonnaise for 28 years, and now have it all the time! So you never know…