A short while back I had the pleasure of being involved in a panel-type discussion called ‘From Pipedream to Publication’ which was part of ‘Word Up!’ A Festival of Words (supported by Market Place), taking place in March, Cambridgeshire. The event was organized by Jane Levicki of Eyrie Press, and my fellow panelists were traditionally-published author Darren O’Sullivan, self-published author Jon Lawrence, and Jane herself. 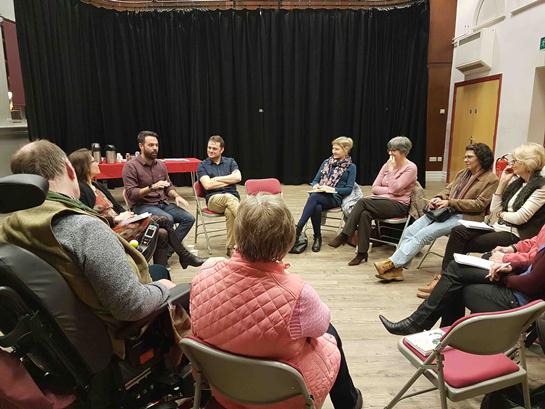 The two hours flew by and I’m sure that all of us could have continued chatting about writing and publishing well into the night! I came away buzzing and, despite a long car drive home, felt invigorated by the event. It’s always great to meet with writers (published and unpublished) to hear about their experiences, and to learn about their own writing goals and dilemmas.

Some of the insightful things the other panelists said really stuck in my head, so I wanted to share them here before they vanished from my memory.

There’s Always a Backdoor “In”

As much as the traditional publishing industry looks like a self-contained and sealed-off place to new writers, there is always a way “in”. There is the standard way in – via an agent – but also more unconventional routes. Author Darren O’Sullivan, very active on Twitter, happened one day to see a tweet by HQ, an imprint of HarperCollins, saying that they were (briefly) opening to unagented submissions. He emailed over the first 10,000 words of his manuscript with a super-brief cover letter to the effect of: Here’s my book, I think it’s good. See what you think. And the very next day he was asked to send over the rest of his manuscript. The editor read it and loved it and signed him up shortly afterwards. They then both worked on the manuscript intensively to make it the best it could be. To date he’s now gone on to sell over 75,000 copies of the ebook of his debut psychological thriller Our Little Secret and the paperback is now available. His second book, Close Your Eyes has just now come out. Also, he’s now picked up an agent and is represented by the prestigious Madeleine Milburn agency. (Just last month Madeleine won Best Literary Agent at the 2018 British Book Awards.) 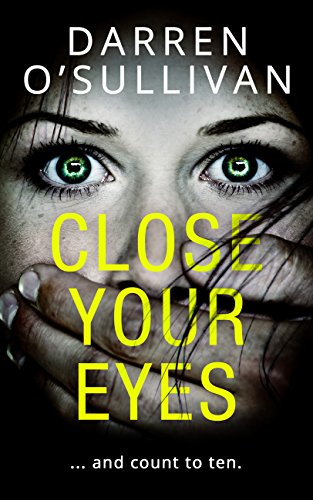 Failure Can Be our Best Teacher

A while back author Jon Lawrence, having just then completed his debut novel, wanted to get his book out into the world as soon as possible. So he decided to self-publish via Amazon’s CreateSpace. But all was not plain sailing. He described his self-publishing journey as a rather trial and error affair, failure being a part of it, but from which he learnt a lot. He spoke of regretting publishing his debut novel so soon, as it really could’ve done with a professional editor’s eyes on it. In short, he rushed to publication. So the lesson here is that, sometimes, failure is necessary to ensure future success. Oh, and a little more patience can make all the difference!

Editors Are Worth Their Weight in Gold

Jon and Darren backed up Jane’s and my assertion that a good editor is absolutely priceless. With their experienced (and new-to-the manuscript) eyes they can see the flaws in the manuscript and what needs to be done to it to make the book as good as it can be. (And a tip from Darren – abandon the idea of perfection. Nothing is perfect. Ever.) I also added that when the editing in a book is poor, it is very obvious. When the editing is good, it is invisible. This is perhaps why the work of editors is so often misunderstood and undervalued. Some of the attendees asked about where they could find a good freelance editor to help shape their book and Jane and I pointed them to the Society for Editors and Proofreaders. But we also said that word of mouth – for instance, asking fellow writers online or in real life for recommendations – was another way to get hold of a good editor.

Know Where to Spend Your Money

All of us had spent money on promotion and trying to improve the visibility of our book/s, but it hadn’t always been money well spent. In the current age of online Me Me Me! it can be a battle to get noticed. Indeed, the number one currency online seems to be the ability to grab people’s attention. Jon’s experience of working with a PR company (which echoes my own experience) was that they didn’t do anything that he couldn’t have done himself. So, in effect, he was paying them just for their time spent emailing local newspapers who may have been interested in his book, and him as an author. Was it worth the investment? Not really. The takeaway being: when there are so many options to explore and invest in marketing-wise, assign yourself a small budget and spend your money only on the things you either can’t or don’t want to do yourself.  Darren added that in his experience paid Facebook advertising had worked well for him.

Darren has had great success in drumming up interest in his book via Twitter and Facebook. His secret? Well, he wasn’t quite sure what it was, but he did admit to being a bit “gobby” online! (as well as frequently posting/tweeting items of interest about his book). Authenticity and genuine enthusiasm were two other things we thought key to social media success, and that only posting “buy my book” kind of posts was a swift route to being unfollowed. Now, social media may not be for everyone, particularly those who are more introverted, but as Jane and I pointed out there is a platform for every kind of writer. If you’re very into photography, or highly visual, then Pinterest or Instagram could really work for you. If you’re more a “people person” who likes to connect with people in real life, then getting involved in community events, workshops, performances etc. will be for you. Or if you simply want to write about your writing, then a personal blog (or sending regular email newsletters) could be your best bet.

It’s All About Connecting

Although there was a lot of “doom and gloom” chat about how little authors earn, Jon was keen to point out that although he wasn’t in a position to give up his day job, his writing brought him a much-cherished connection with his readers. He spoke about a poem he’d written about grief which had inspired a bereaved woman to take positive action. All of us, panelists and attendees, were touched by Jon’s story, which precisely highlights the reason virtually all writers write: to connect with others.

To get traditionally published all you need is just the one person in the industry who believes in your book. You may have to send your manuscript off to dozens and dozens of agents and publishers to find that one person (it was 42 in Darren O’Sullivan’s case before he found the one) but if you believe in your book and keep going, searching and submitting, you are much more likely to find that one person. In short, never give up.