Many writers – Stephen King springs to mind – talk about their craft as a kind of compulsion. Writing is something they need to do, that they burn to do, and that helps them feel sane and grounded in a sometimes difficult world. But even those souls who are blessed/cursed by this drive will still have periods when sitting at the keyboard and pouring out the words can feel like a slog. For those of us who don’t feel the drive so urgently, one of the biggest challenges in getting a manuscript to completion is the need to sustain effort through the Dark Times of fatigue, loss of inspiration, and the grind of daily life.

Really, the only way to realistically overcome this inertia is to develop the skill of persuading yourself to write even when you don’t really feel like it. This is a critical skill for anyone wanting to write all the way to The End, rather than accumulating dozens of different drafts that run out of words in the middle. So, what does the world of psychology tell us about this critical skill? How can we develop it?

1) Recognise that you won’t do what you should do, just because you wish you would.

Deep down, we all know that there is a disconnect between what we know we should do, and what we actually do. We know that if we cut down on carbs we could lose that belly, but bread is tasty. We know that composing a new scene will move our story forwards, but that takes work and watching Netflix doesn’t. We know that writing is important to us, but the kids are bickering again, and there’s a pile of washing to be done, and it’s ages since we cleaned the bathroom. Our brains work in a way that resists cognitive strain. Thinking or working deeply requires effort, and unless our fundamental needs are forcing us to exert ourselves, we will effortlessly choose comfortable habits and distractions.

I don’t mean to present this fact in a finger-wagging way, I mean it in a “that’s how we are – ha ha, aren’t we silly?” kind of way. Many people make the mistake of thinking that their tendency to avoid labour is due to some sort of moral failing or evidence of their own feebleness, rather than what it actually is: the default setting for our brains. They think that other people are more virtuous, or have a personality that makes them more able to do the right thing, and wish that one day they could somehow discover the secret of how to become more driven. But the only meaningful secret is that almost everybody is built like this, and changing so deep-rooted a trait requires patient work. For good reasons, based in our evolutionary past, we are hard wired to avoid cognitively demanding work unless absolutely necessary.

So, step 1 in overcoming this barrier to productivity is to embrace and accept the truth: overcoming inertia takes steady effort, our fundamental nature is to try and avoid effort, and it will take time to learn new habits to transcend those limitations.

2) You’re a bad employee and a worse boss

A classic “gotcha” exercise in self-awareness training is to ask yourself the question, “If you were in charge of a new business, would you employ yourself?” This feeds back to point 1: most people know that they often shirk and avoid work, but also recognise people around them who seem to achieve much more in the same amount of time. A corollary to this thought experiment is that the methods most people then use to motivate themselves are pretty harsh. Driven by self-disgust they beat themselves up, demand a step-change in effort, and set absurdly optimistic targets that they cannot hope to reach. Basically, they behave like a tyrannical boss.

Predictably enough, no matter how well-meant the impulse, people attempting this method of motivation respond much the same way as anyone else under the yoke of a bully. They rebel. They procrastinate. They undermine the work by doing a half-assed job of it, and they quit the moment they get an opportunity.

Step 2 in effective self-motivation is therefore to recognize that you are striving to be a better self-employee, and a better boss to yourself.

3) How to persuade yourself effectively

Sitting down to write when you don’t feel like it requires discipline. It requires the development of habits that overcome our inherent desire to avoid mental discomfort, and it requires a reflex to inspire and encourage yourself, rather than drive yourself with a whip hand.

First, it is important to be realistic. Negotiate with yourself honestly, like a boss who understands your strengths and weaknesses. Set yourself realistic goals for a difficult day: maybe start with the aim of doing half your usual word count and then see how things are going. Use rewards effectively. Hitting your first target earns you something you want – be it a break to watch telly, a coffee date with a friend, or an ice-cream sundae – whatever would help you link pleasurable reward with success in hitting your writing targets. Recognise the beauty of efficiency, and take pride in the steady accumulation of words in daily packets, rather than intermittent floods when seized by manic energy.

Another key insight is that, despite everything I’ve said about our inherent urge to avoid effort, as the most intelligent animal on earth we can see beyond our instincts and understand that actually, deep work comes with big rewards, even if they are delayed. Just as the short-term pain and effort of physical exercise rewards us in the long term with a healthy body, the short-term mental effort of writing when we don’t feel like it rewards us with completed projects, improved skills, and the chance to realize our dreams of a new and more fulfilling life.

Finally, flow is another great motivator. That amazing state where writing feels effortless, and hours drift by as we craft our internal worlds and stories, drunk on creativity and deep immersion. Writing in flow is a pleasure, not a labour, but it’s also unpredictable. The best way of seeking flow is to write as often as you can and welcome it when it comes. Then, remember how gratifying it is, and use the memory of flow-bliss as a carrot to get you back to the keyboard every day.

Step 3: plan one day at a time, using positive rewards to move forwards at a steady pace, and prepare yourself in case tomorrow is the day the muse comes calling. 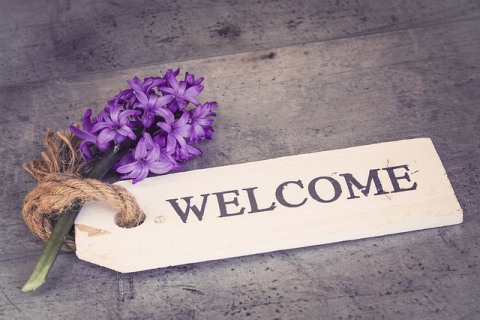